Jaguar’s SUV breaks practical and stylish new ground. The designers and engineers who conceived the F‑PACE describe their inspiration

As Jaguar was keen to expand its portfolio, and already had a superb saloon range, launching a luxury performance SUV made perfect sense.

‘The world has changed,’ says Wayne Burgess, Jaguar’s Production Design Studio Director, ‘As much as I love saloons, I’ve always been receptive to the idea of a more practical Jaguar sports car. I’m at a different point in my life, with a wife and twin sons, so a car like F‑PACE resonates with me because it means I can have a family car that does everything I need it to do.’

Back in 2013, the C‑X17 concept car made its acclaimed debut at the Frankfurt International Motor Show. Clearly a Jaguar from its XF akin front face and lithe bodywork, it nonetheless had a different purpose and market intent. Its essence has remained intact in the production F‑PACE.

There was no Jaguar design precedent for F‑PACE, which was refreshing for the team. ‘I really enjoyed working on this programme as it wasn’t about comparing the new design with a classic like E‑Type or XJ,’ says Burgess. ‘That was liberating.’

‘Its front fender and rear haunch lines, taut surfaces, slim signature tail lights, and the pure design of the rear - as the forms lead towards the Jaguar leaper badge - take a lot of the visual weight out of the car. F‑PACE’s bonnet is more horizontal but, for consistency, it shares the side vents and spearline graphic with XE and XF too. The brief to ourselves was simple, let’s make the best looking, sportiest practical car on the planet.’

While Jaguars across the range share details, the proportions of F‑PACE are very different. When you look down the side of F‑PACE from back to front, you can see the car’s shoulder curvaceously graduating from slim and tucked in above the window line of the cabin to wide and strong over the rear wheels.

‘F‑PACE has a long rear overhang which creates a lot of drama. We were able to do that because we’ve got an exceptionally short front-overhang. We worked really hard with the engineering team on this aspect. Park the opposition next to our car and they don’t look so good by comparison,’ says Burgess.

It wasn’t easy to make it feasible for production, as Body Structures Project Leader David Hoadley concedes: ‘The haunch over the rear wheel arch is a key feature of F‑PACE and was a big challenge. We didn’t want to compromise, so we pushed the limits of what was possible.’

Bigger than a Porsche Macan but smaller than an Audi Q7, the benefits of F‑PACE’s long rear overhang go beyond exterior aesthetics, boosting rear legroom and boot size. The car boasts a rival-trouncing 650 litres of loadspace*** and an impressive 1255mm boot width (1048mm between the wheel arches). 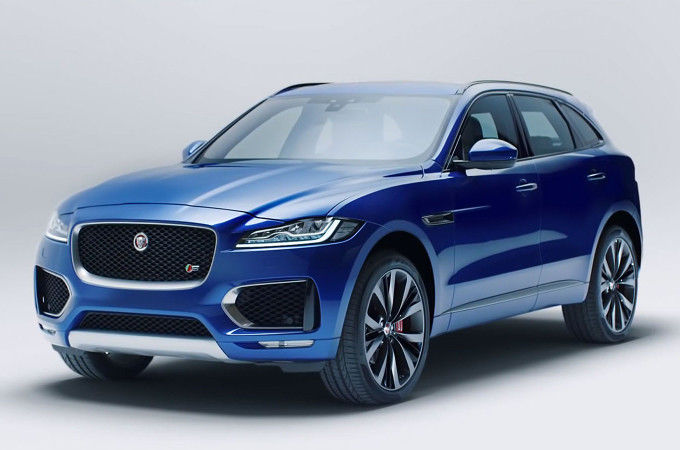 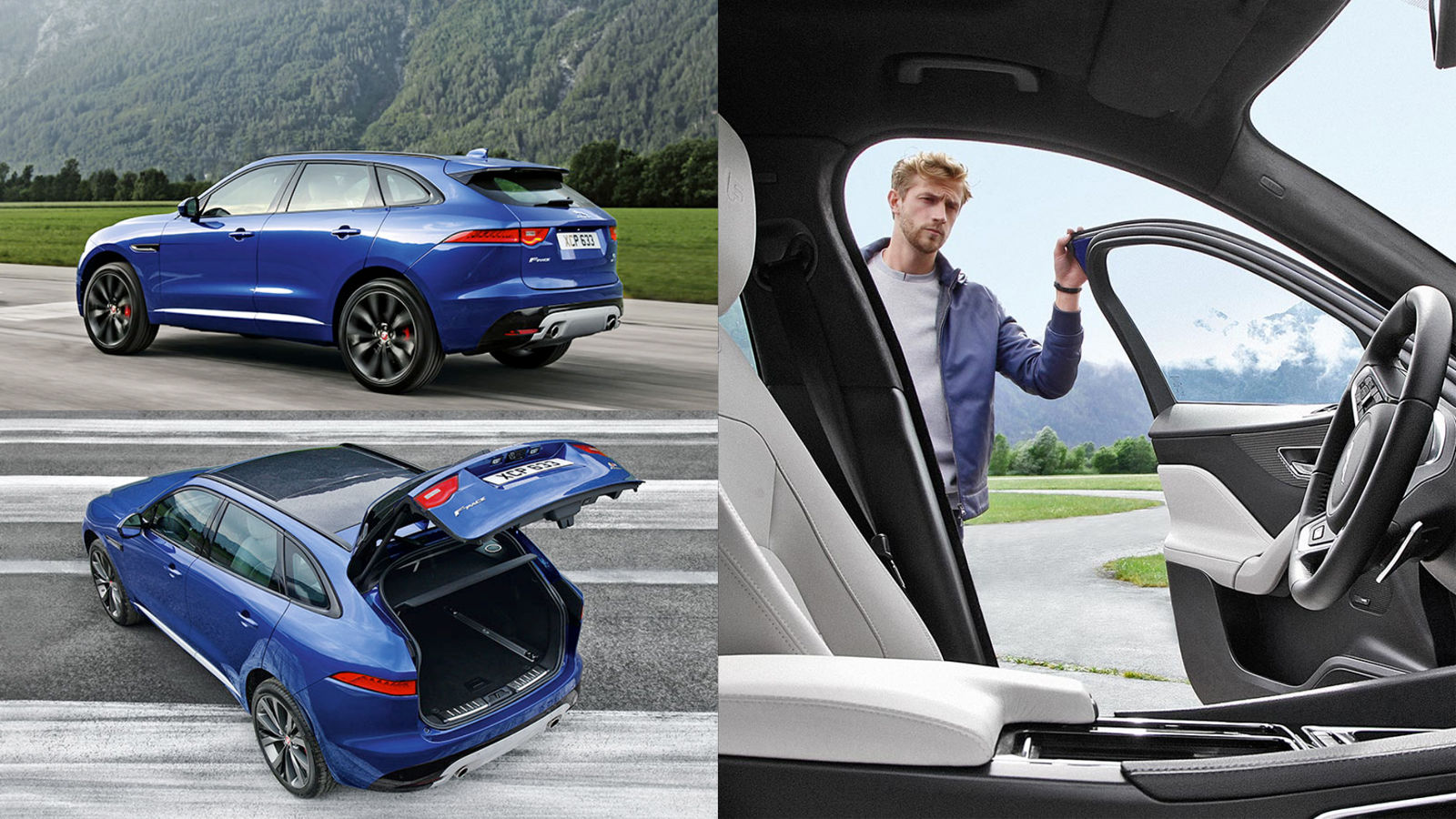 'With seats folded flat the capacity is incredible,’ says Burgess. ‘Even with the seats upright it’s really big in the loadspace.’

In the Portfolio trim, the seats come with cool ‘fluted’ cushioning – a thoroughly modern reference to classic Jaguar seats of the 60s and 70s. In front, F‑PACE’s Sports Command raised driving position lends the driver confidence and a more assertive view all around.

The F‑PACE features a new go-anywhere Activity Key – a really solid and tough rubber wristband – which locks and unlocks the car via a built-in transponder so you can leave your keys safe in the vehicle. ‘It’s waterproof plus heat- and shock-proof,’ says Jaguar electrical software expert Paul Morris. ‘It works using an identifiable area on the tailgate: on Jaguars it’s by the J. The user lines it up and uses similar radio frequencies to our keys. It also disables the keys left inside the car so anybody trying to break-in won’t be able to use those keys to start the vehicle.’

‘F‑PACE has one of the best steering feels in its class, due to the way we tune the system here at Jaguar,’ says Technical Manager for Vehicle Dynamics Peter Davis. ‘ You won’t know you’re in a SUV. We’ve also got an F‑TYPE inspired front axle, a stiff rear axle and very carefully developed tyres.’

With an 80 percent intensive architecture body for lighter weight overall, and outstanding dynamics, economy and emissions, F‑PACE is truly breaking new ground for Jaguar. As Driveline Specialist Alex Hall concludes: ‘We’ve taken a Jaguar to where a Jaguar has never been.’

*The availability of these features, and whether standard or optional, is market dependent. Please consult your local Jaguar retailer for details.

*The fuel consumption figures provided are as a result of official manufacturer's tests in accordance with EU legislation.

A vehicle’s actual fuel consumption may differ from that achieved in such tests and these figures are for comparative purposes only.

*** When tyre repair system is fitted

"THE F‑PACE HAS ONE OF THE BEST STEERING FEELS IN ITS CLASS." 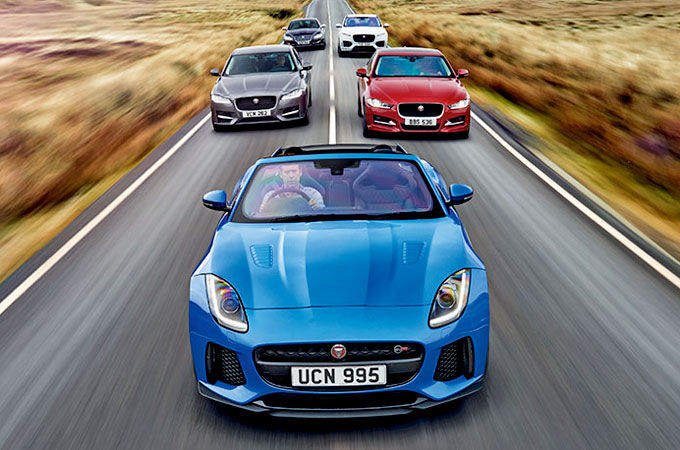 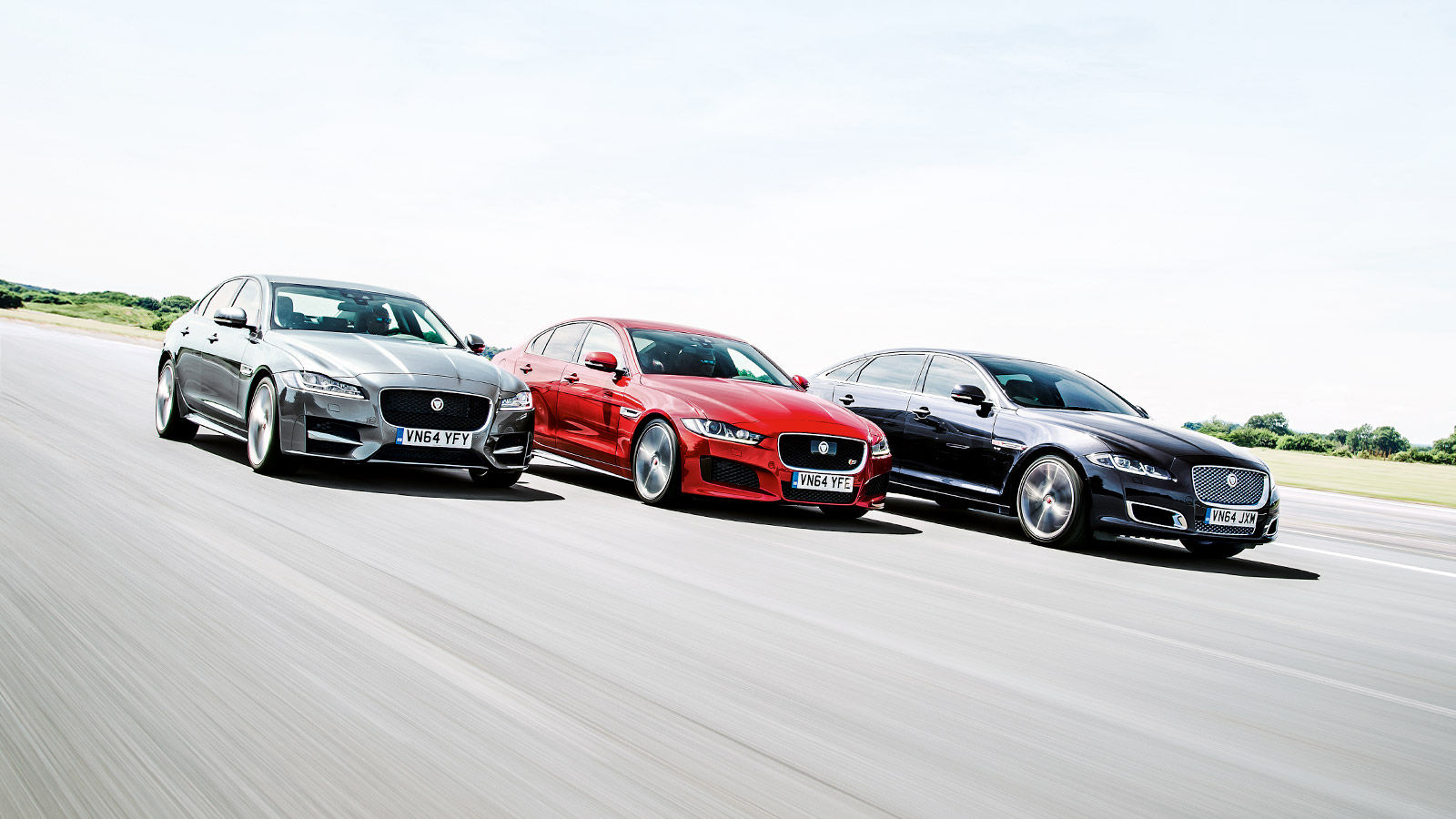 MEET THE JAGUAR EXPERTS
Deep within the Gaydon engineering HQ, hundreds of technical wizards are working on making future Jaguars even greater. Meet a diverse but magnificent seven representing the many, from specialists in virtual reality to self-learning cars and acoustics
FIND OUT MORE
Automotive Design | Meet the Engineering Experts | Articles 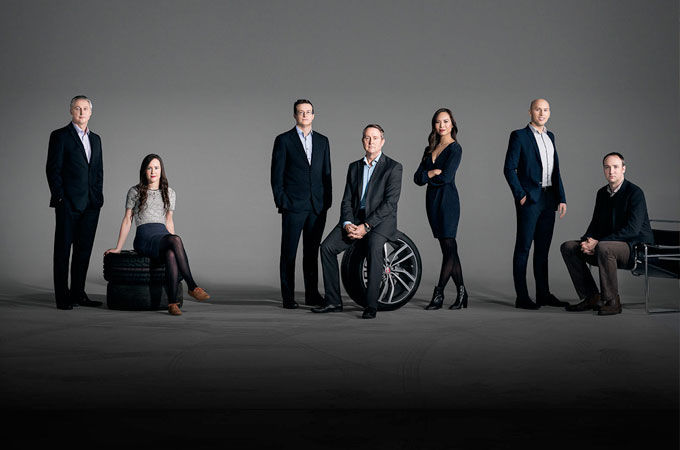